Online vandals protesting Israel's military action in Gaza have defaced thousands of websites, including high-profile sites belonging to the US Army, the North Atlantic Treaty Organization, and a Washington-based group that oversees homeland security.

The attacks on Thursday left several of them inoperable some 24 hours later. Websites belonging to the Army's Military District of Washington and the Joint Force Headquarters of the National Capital Region, which is responsible for homeland security in the Washington DC area, were both unreachable on late Friday. NATO's Parliamentary Assembly's website was back online.

A group calling itself Agd_Scopr/Peace Crew claimed responsibility for the attacks. They defaced the sites with anti-US and anti-Israel slogans and images.

The group has attacked other websites, including those belonging to Microsoft, Shell, Harvard University, and Mercedes Benz and has gone under the name Terrorist Crew, according to researcher Gary Warner's CyberCrime and Doing Time blog.

Over the past few years, computer attacks have often coincided with military conflicts as parties on both sides use defacements, denials of service, and other types of internet-based attacks to air propaganda and disrupt their opponents. 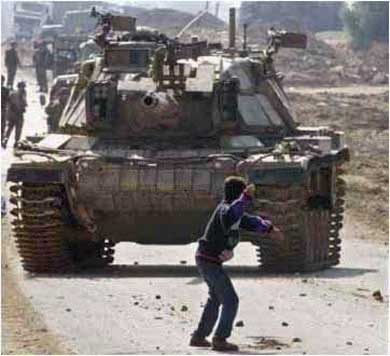 Israel's two-week assault on Gaza has played out much the same way, with thousands of websites vandalized by hackers voicing support for Palestinians. Unlike recent conflicts in Georgia and Estonia, however, there is a noticeable absence of denial-of-service attacks, Security Focus reports. ®