CES Lenovo is pitching what it claims is the thinnest all-in-one desktop multimedia PC, the IdeaCentre A600.

The A600 features a 21.5in screen, DVD or optional Blu-Ray drive, support for the full beans 1920 x 1080 HD, Dolby Home Cinema certification and an optional hybrid analogue/digital TV tuner. It's not touch-sensitive, mind you, unlike HP's TouchSmart series. 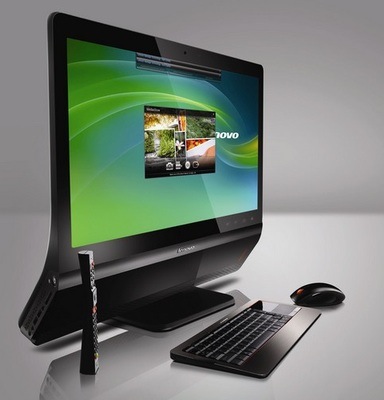 On the PC side of things you can specify a hard drive of up to 1TB, up to 4GB of DDR 3 memory and pick from a selection of intel Core 2 Duo processors.

The featherweight Bluetooth keyboard features a set of touch-sensitive media controls, while the four-in-one remote can be used as a VoIP handset and as a Wii-style 'wave it around' game controller. Though keen to stress that the A600 is not a games console, Lenovo is, as we speak, beavering away to develop and encourage the development of games for the A600, and it expects to release five titles with the A600. 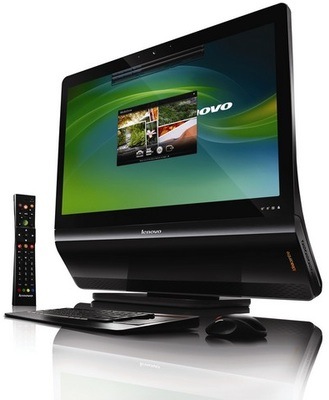 Also included is Lenovo's VeriFace face-recognition technology, which uses a picture of the user's ugly mug as the log-on password.