NASA celebrates return of the Zeppelin

NASA got a great big balloon for the 75th anniversary of its iconic Moffett airfield in the heart of Silicon Valley. 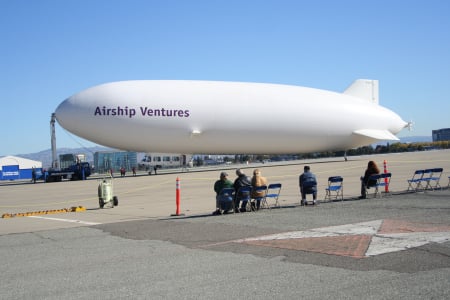 The space agency on Friday celebrated the landmark occasion with the dedication of the world's largest airship, a 246-foot Zeppelin owned by the private company Airship Ventures. The lighter-than-air craft now calls Moffett Field's enormous Hanger Two home, arriving roughly seven decades after the US Navy's Airship Macon was at the historic airfield.

At the event, Airship Ventures unveiled the craft's name, "Eureka," a nod to both California's state motto and the spirit of scientific pursuit. Eureka will be used to carry paying sightseers around the Bay Area - and occasionally operate as a floating platform for NASA research. [Ed: unless that's just lip-service like Google's Gulfstreams] 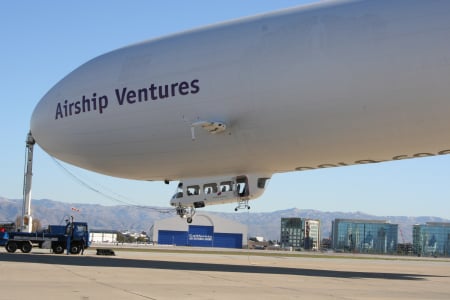 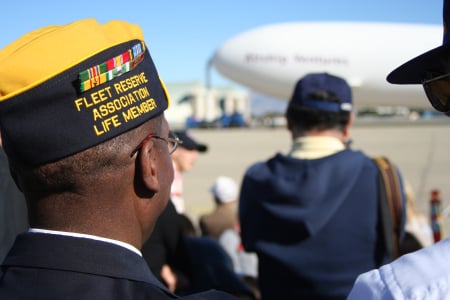 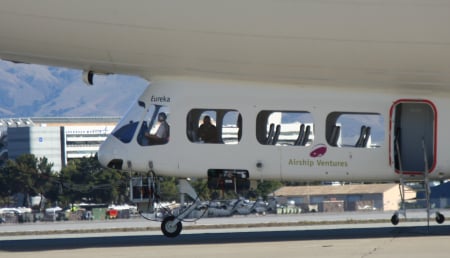 The craft is one of only three Zeppelins currently in operation in the world. It's also the first to touch down on US soil since the ill-fated Hindenburg crashed in 1937. Of course, Eureka is filled with helium, a considerably less "Oh, the humanity!" combustible gas than hydrogen.