That's not to say that a bog-standard G1 is lacking in the software department. The email application is very easy to set up and use. Ditto the IM client, which supports AIM, Google Talk, Windows Live and Yahoo!. The SMS client displays text conversations as IM-style threads.

If the G1 has a major failing it's battery life. It is abysmal. On average, we got between ten and 12 hours from a full charge of the 1150mAh battery, and that didn't include much in the way of Wi-Fi or GPS usage. Fire up either, or both, for any length of time and that 12 hours will start to shrink - and shrink fast. 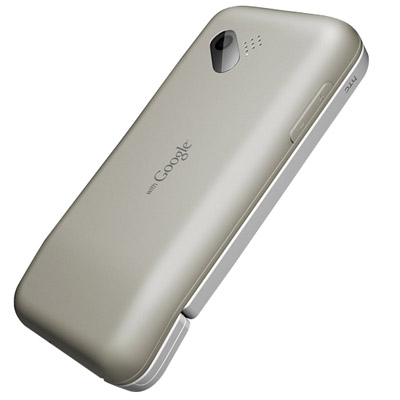 The 3.2-megapixel snapper is nothing spectacular

Even the HTC Diamond wasn't this bad, and that makes do with a piddly 900mAh battery to power the same Qualcomm 7201A 528MHz processor that's found in the G1. Android phones of the future are going to either need much bigger batteries, the OS needs to be refined to reduce the power draw, or both. As it stands, time between charges is unacceptably short.

Another issue the G1 shares with the Diamond is that it gets warm when charging. It's not such as issue if it's on standby or switched off while charging, but if charged while in use – listening to music or watching video – the bottom part of the device gets very, very hot. Worryingly hot, in fact.

For the time being, the G1 is only available from T-Mobile, free with the carrier's £40-a-month Flext 40 and Combi 35 Web'n'Walk Plus tariffs, both of which come with more free texts and talk minutes than any rational human being is likely to use in a month. More importantly, they include unlimited internet access, which is vital if you're to get the best from the G1 and its Google features.

From a hardware standpoint, the G1 is an also-ran. The dismal battery life and dodgy styling combine to make the G1 a far less appealing handset than the Android OS deserved on its first outing.

But if HTC's hardware disappoints, Google's software really grabbed us. Give it a virtual keypad, a video player and install it in the Samsung Omnia or the upcoming HTC HD and you have a phone we'd crawl naked over broken glass to own.

The G1 hardware is a disappointment. But the Android OS impresses, and we will watch its career with great interest.
Price: Free on a £40-a-month Web'n'Walk Plus tariff RRP
More Info: The Android G1 on T-Mobile's website
Page:
Tips and corrections
26 Comments