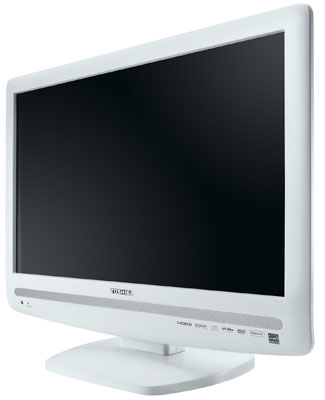 The DV series is said to be suitable for the bedroom or the kitchen, which explains why Toshiba only offers 19in and 22in models.

Full HD fans will be disappointed by the DV series’ 720p resolution, but the integrated DVD player does at least allow you to watch a DVD while cooking your dinner.

The DVs can also be used to display JPEG still images and play MP3 CDs - regular CDs too. Both models have a single HDMI port and a headphone jack, in addition to four pre-set picture modes, such as 'sport', and three colour presets.

Toshiba’s DV series of LCD TVs with integrated DVD players will be available in October. Prices for either size screen haven’t been unveiled yet.