The SSD - which is also sampling in 8GB and 16GB versions - incorporates Samsung's multi-level cell (MLC) Flash chips. MLCs are usually held to be less responsive than single-level cell chips, but they're key to getting as much capacity as possible in a small space - ideal for SCCs, then, said Samsung. 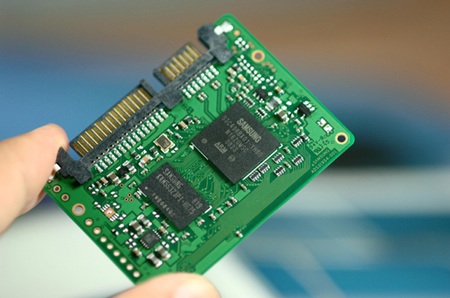 The manufacturer claimed the SSDs provide a sequential read speed of 90MB/s and a 70MB/s sequential write speed. That's for the 32GB module - the 16GB and 8GB have the same read speed, but their write speeds drop to 45MB/s and just 25MB/s, respectively.

The 32GB unit ups its write speed by including 32MB of buffer Ram. All three SSDs incorporate a 3Gb/s SATA controller - the same one used in Samsung's 128GB, 2.5in-form factor SSD now in volume production.