Nike looks set to capitalise on its partnership with Apple by launching a workout application for the iPhone - if leaked images are to be believed. 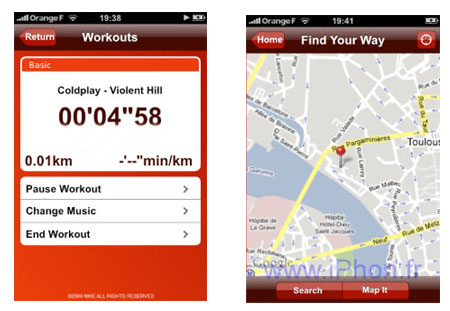 It also displays all manner of exercise data, such as number of workouts, distance run and calories burnt. Of course, details about the currently playing song, including the artist’s name, are highlighted too.

It sounds a lot like the Tracker app that Sony Ericsson is bundling with its latest Walkman phone, the W760i - reviewed here.

The pictures were dug up by French website iPhon.fr, but the report hasn’t named the source of the images. So, for now at least, you’ll have to sit tight until an official announcement is made.