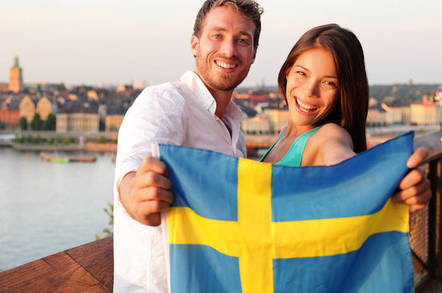 Outraged Swedish men are up in arms over the state run pharmacy Apoteket’s policy of stocking only female-oriented sex toys.

Perhaps surprisingly, Swedish pharmacies have only been permitted to stock toys since June. However, what seemed like liberation has been revealed as a dastardly plot to promote female (self) pleasure whilst leaving men bereft of the benefits of silicone-enhanced loving.

Well, at least according to two Swedish men, who have complained that the state run Apoteket was shockingly female-oriented, and they have taken their grievances to the Scandanavian country’s equal opportunities body.

Not so, said the pharmacy, whose head of products told thelocal: "As I understand it, there are no products of good quality for men on the market. Should there be such products specifically for men, then there is nothing stopping us from selling them.” Perhaps the execs should be checking in with the complainants who seem to have a good line on blow-up plastic vaginas.

Apparently the state discrimination organisation has declared there is no discrimination, because Apoteket will sell its products to both men and women.

A quick perusal of Apotket does indeed throw up plenty of female-oriented toys. The front page throws what is either a selection of sex aids, or some sort of obstruction-clearing device. Either way, the heading translates as “make it comfortable”.

Clicking on the link reveals that it is indeed a gateway to femme-friendly delights, serving up a selection of such pharma essentials as the massagestav, the kitorisvibrator and the vaginakulor.

The site also appears to be promoting a Sluta Roka Program, though clicking on the link only reveals a series of video chats between a Hugh Laurie-alike in a suede cardie and people in white coats. ®