'Nobody expects thieves to break into locked drawers' 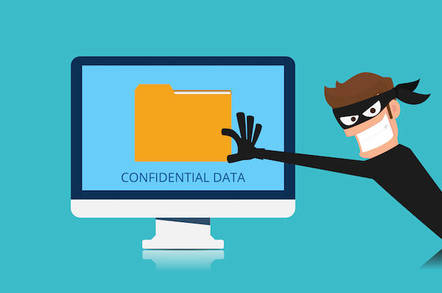 Providing proof, if it were needed, that every single piece of personal data in the UK has now been lost - probably several times over, by multiple corporations and government offices - news has just broken of another theft of laptops crammed with easily accessed info. This time the there-but-for-the-grace-of-god bonehead users were hospital staff at St George's hospital in Tooting.

"We could not anticipate a determined thief who was prepared to force open a filing cabinet and locked drawers," said Chief Executive David Astley.

The six laptops in question belonged to the cardiac department, and contained information about some 20,000 patients, including their name, date of birth and postcode.

They were stolen from hospital offices during the weekend 7/8 June. The machines' drives were not encrypted. However, hospital staff were keen to stress that the laptops were "password protected". Which should stymie anyone incapable of booting them up using an alternative operating system.

“We believe the data will almost certainly be wiped by the thief so he can get a quick sale," speculated Astley.

"Nonetheless we owe it to our patients to protect their personal information and we have reminded our staff not to store this kind of data on laptops in the future. We have also set up a helpline for patients to ring for further information.”

The St George's NHS Trust has written today - ten days after the theft - to every patient, apologising for the potential risk to their confidentiality.

Trust spokespersons told the Reg that the data had only been placed on the laptops due to a "temporary problem" with the hospital's network, which has since been rectified.

Asked how long the network outage had lasted, and for comment on whether it was thought to justify placing 20,000 effectively unprotected personal records on six different machines, the Trust had not yet responded as of publication. ®