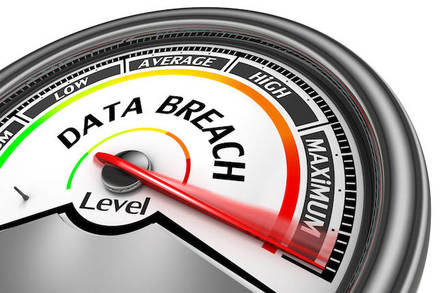 Updated: A senior civil servant has been suspended for leaving top secret intelligence documents on a Waterloo to Surrey train.

The commuting spook left an orange envelope on a seat when he got off the train. It contained two documents prepared for the Joint Intelligence Committee - one on the capabilities of Iraqi security forces and one on al-Qaeda's vulnerabilities marked "UK Top Secret" and "for US/UK/Canadian and Australian eyes only".

The documents were handed in to the BBC, which passed them to the police.

A spokesman for the Cabinet Office told the Beeb: "Two documents which are marked as 'secret' were left on a train and have subsequently been handed to the BBC.

"There has been a security breach, the Metropolitan Police are carrying out an investigation."

The unnamed male civil servant worked for the Cabinet Office. Police were already searching for the documents which he had reported missing.

Keith Vaz, chair of the Home Affairs committee, called for an official inquiry, as did the Tories.

Civil servants can face disciplinary action for leaving such documents on their desks within Whitehall. Strict procedures are supposed to mean these documents are only considered safe when properly locked up.

The government's review of data security did mean civil servants were carrying copies of documents to work on at home because they were no longer allowed to take insecure and unencrypted laptop computers out of the office. But we kind of hoped the security services took this stuff a bit more seriously.

The government last night won the right to intern terrorism suspects for 42 days without charge. Brown won by nine votes provided by the Democratic Unionist Party. The DUP has denied it did any deal with Brown in exchange for votes.

Update: The government is to launch an official inquiry into how the documents were left on a train. It will be headed by Sir David Omand.

Cabinet Secretary Ed Miliband told the Commons the civil servant was not entitled to remove the files from Whitehall.

He said there had been:"a clear breach of well established security rules which forbid the removal of documents of this kind outside secure government premises without clear authorisation and compliance with special security procedures". But he claimed national security had not been compromised.®

Here's how police arrested Lauri Love – and what happened next

Feature A 'UPS courier', extradition warrants and legal jiggery-pokery from the cops

Something for the Weekend, Sir? Shadow IT casts its darkness over us all

'We need to terrify politicians... appropriately'

UK's FBI goes after crims, and their cash

'You'd be amazed how crap our IT was until now'