A reading from the second book of Codh

Embarcadero takes on the Sons of Kahnanrado 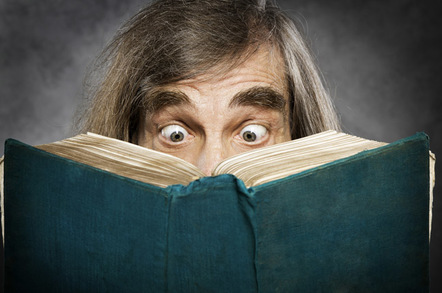 They languish in anguish

Return of the Users of Delphi

I admit this is not in fact my experience; but the circulation manager suggested I stuck it in after the frenzy successfully generated last month when I implied Ubuntu may not be perfect. Actually my idea was to write 'Crystal Reports is a wonderful product', but I was inhibited in this plan by my own recollections of using Crystal and by a teeny shard of innate honesty to which I am a martyr. ®