Sony has jumped onto the Grand Theft Auto IV bandwagon and created a PlayStation 3 bundle pack that includes game and console, to ensure would-be gangsters opt for PS3-based drive-bys.

Aside from a copy of the game, the package also includes a 40GB PS3 and one SixAxis wireless controller – minus the rumble. 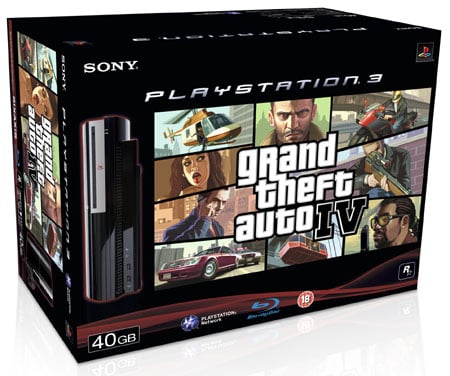 Sony's bundle includes the game, a 40GB PS3 and one SixAxis

Sony’s fond of creating bunch packs as pre-packaged ways to sell PS3s on the back of a popular game launch. The company recently bundled together the 80GB PS3 and Metal Gear Solid 4: Guns of the Patriots.

All the while more WPF source trickles into GitHub