Wikipedia ruled by 'Lord of the Universe'

When is a cult not a cult?

Mike Finch followed Prem Rawat - aka Maharaji - for nearly 30 years. He "got the Knowledge" in June 1970, while still living in his native Britain. "I gave [Rawat] two inheritances, gave him a house, gave him all my time and energy - full-time," says Finch, who now lives in the States, just outside Boston, Massachusetts. "Then I realized towards the end, in the late 1990s, that it was really just a cult, that he wasn't the Lord of the Universe and God Almighty, as we all thought."

Finch owes his epiphany in large part to the internet, which belatedly exposed him to information that Rawat’s followers had kept at bay. "Part of the nature of a cult is that it's very enclosed. They have a belief system, and anything outside that belief system is to be distrusted and dismissed." 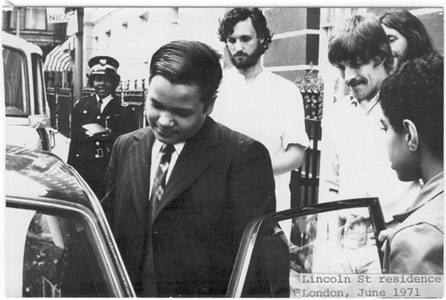 Finch's internet-fueled realization mirrors that of another "ex-premie," John Brauns, a Brit who now lives in Latvia.

"At the end of 1998, I found a website - a website I now run," says Brauns. "Just reading this website allowed me to do something I'd never done before, which is actually question my own beliefs. I remember sitting there after a couple of weeks of reading the testimonies on the site and asking myself 'Am I rejecting Maharaji?' It was really a scary thing to ask. That part of my mind was closed. But I said 'Yes.'"

"The thing about being in a religious cult is that something happens where the beliefs are reinforced and a person doesn't allow themselves to think anything different," he says. "I didn't allow myself to rationally consider even a simple question like 'What is the likelihood of this guy being the new Jesus?' That may sound stupid to someone who has never been in a cult, but that's the way it is."

Because the internet played such an important role in their decisions to abandon Rawat, both Finch and Brauns now run websites dedicated to providing a portrait of the guru that's very different from the picture painted by Wikipedia.

In November 1972, Time Magazine profiled Prem Rawat, then 14-years-old, with a story entitled "Junior Guru." "The Maharaj Ji's mother and three older brothers literally worship him, kissing his 'lotus feet' whenever they are in his presence. To them as to his other followers, he is the 'Perfect Master' and 'Lord of the Universe'," the story read.

"In 1971, the master's American premies (loved ones) heralded his advent in the U.S. with a press release stating: 'He is coming in the clouds with great power and glory, and his silver steed will drift down at 4 p.m. at Los Angeles international airport, TWA Flight 761.' That was enough to attract a coterie of guru buffs and various other seekers. In little over a year their number has swelled to some 30,000 youthful followers who man 'Divine Light' centers in 45 states."

But around the mid-80s, according to Mike Finch and John Brauns, Rawat reinvented his public image. He dropped the honorific Guru Maharaj Ji, encouraging followers to call him Maharaji. He changed the name of his movement from the Divine Light Mission to Elan Vital. And he dissuaded followers from publicly discussing his private attitudes. 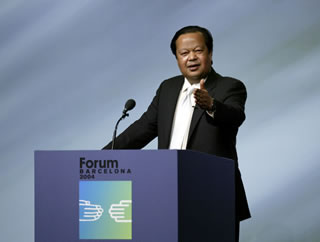 "Up until this time he was promoting himself as God or greater than God, as a divine being, and people were repeating that," says Brauns. "Then he decided he needed a more low-key image - though he still wanted to keep the devotion that his followers had for him. He ordered all the movement's materials to be destroyed, including magazines and photos - materials where he promoted himself as a divine being."

In private, Mike Finch says, Rawat is still called "Lord" or, less frequently, "Lord of the Universe." But in public, he's called other things entirely: "Back in the 80s, there was this public-private split. People still kiss his feet. People still give him all their money. But he's developed a new public persona, reinventing himself as an 'inspirational speaker'."

"He basically went under the radar of the press," Brauns explains. "I remember him saying at a speaking engagement in the late 80s what a great achievement it was that when newspapers published lists of cults, they no longer included him."

Welcome to 2019: Your Exchange server can be pwned by an email (and other bugs need fixing)