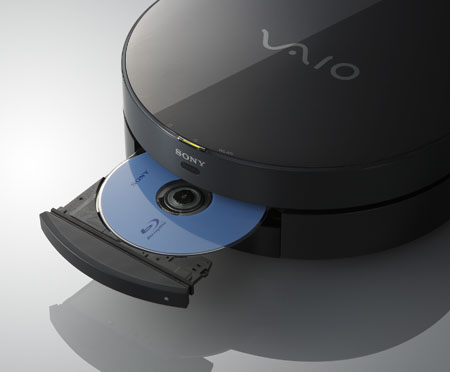 Sony's Vaio TP2: now with Blu-ray and a 'Penryn' processor

The Vaio AR60 17in laptop family already has an integrated Blu-ray drive, and it now has a 2.4GHz T8300 CPU. Sony's equipping the machine with 4GB of memory and Nvidia's GeForce 8600M GT graphics chip with 512MB of dedicated video memory.

The skinny Vaio SZ70 series gets one of the fastest mobile Penryn: the 2.5GHz T9300. Unlike the T8x00 Core 2 Duos, which contain 3MB of L2 cache, this chip comes with 6MB to boost performance. Perhaps Sony's smarting from Apple CEO Steve Jobs' unfavourable comparison of the SZ with his new MacBook Air.

Sony also said its 15.4in FZ30 family will get 4GB of memory as standard and T8300 processors. So will members of the CR30 range, though some will come with T8100s instead.