CES Here's the 32GB SDHC card Panasonic promised today. It's the most capacious memory card of its kind, the company claimed, though the one it showed was a prototype ahead of the SDHC's “Spring 2008” arrival. 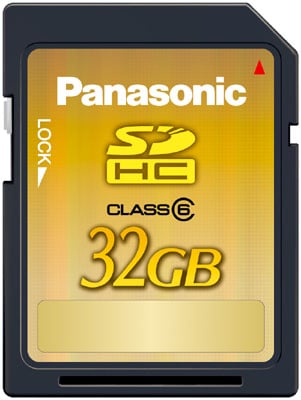 The card's rated at Class 6 for speed, so it can transfer data at a sustained rate of at least 6MB/s, and Panasonic also quoted a burst data throughput of 20MB/s.

Panasonic didn't say how much the card will cost when it comes out, but it's unlikely to be cheap.

However, you will be able to jot down what's on the card, on the card, courtesy of a front-and-back floppy disk-style label. So that's all right then. Well, assuming your handwriting's sufficiently tiny...