Dominating the lid is a large brushed-aluminum panel bearing a large X, neatly bordered above and below by gloss piano black strips. 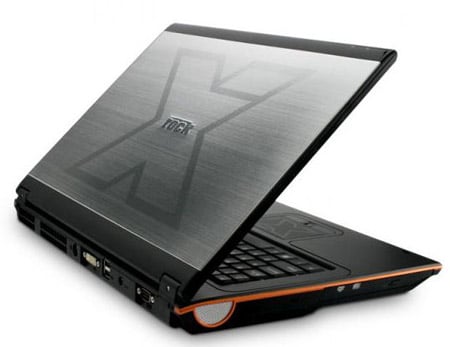 The keyboard is full size with a separate numeric pad and a full size Enter key, which in itself makes a nice change from the cut-down norm. The keypad is well built and placed far enough along the chassis to make for comfortable typing, aided by the keys themselves, which have just the right amount of flex to them. The touchpad - decorated with another large X - is precise and at the same time has a good degree of sensitivity and can do both vertical and horizontal scrolling. Sitting under the trackpad and between the two mouse buttons is a fingerprint reader to give the X770 a little more security than your average notebook.

The screen is a delight - admittedly this was the optional 1920 x 1200 (WUXGA+) resolution panel, but it’s so good and gives you so much desktop real estate, that at the additional price of just over forty quid it’s practically a no brainer. If your budget won’t stretch to the larger resolution, the standard 1680 x 1200 screen is more than adequate.

Whichever you choose, it will come with a glossy coating that gives real depth to the dark areas while colours are vivid and sharp. Ideal, in fact, to display HD DVD movies, which isn’t a problem as the X770 handily comes with a HD DVD optical drive. Built into the screen bezel is a 1.3-megapixel webcam. 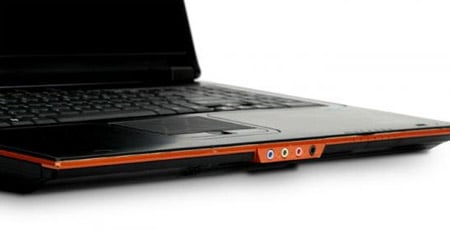 Nvidia’s GeForce 8700M GT graphics chip drives the screen. This comes with a 512MB of dedicated memory and can access another 767MB of system memory if needed to give a total of 1279MB of video memory. And it puts it to good use, yielding a 3DMark05 score of 3427 at its native 1920 x 1200 resolution - frankly, an amazing result for a notebook.