Studies and stats at the ready

If you’ve bought an HD TV, but aren’t even considering buying a high definition disc player any time soon, then you’re not alone. A report by US market watcher NPD Group has revealed that consumers are still utterly confused by the HD message and that most are still happy with the traditional DVD format. 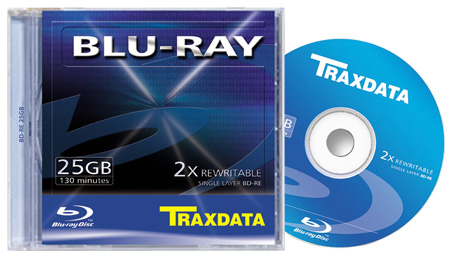 Do you know what the benefits of a Blu-ray disc are?

The group’s report found that of the 5500 or so people it questioned, only 11 per cent of those already owning an HD TV were considering buying either an HD DVD or Blu-ray Disc player in the next six months.

Or how about the benefits of HD DVD?

Only 23 per cent, identified as “early adopters” by NPD, intend to replace sections of their current DVD collections with an HD format. But 63 per cent of existing HD player owners claimed they would like to buy new releases in an HD format.

Not everyone is lost in a sea of format wars stats though. Several online sources have claimed that media mogul Rupert Murdoch yesterday stated that Toshiba, a primary backer of HD DVD, had sealed Paramount’s allegiance to the format through some sort of, ahem, monetary agreement.

Sony has already made the decision to ditch DVD from all its video recorders in Japan, in favour of Blu-ray. Whilst Acer recently joined the HD DVD Promotional Group, despite already announcing its support for the Blu-ray Disc format.

For an in-depth look at the benefits of, say, Blood Diamond on either format, then check out our new Q&A section.