SanDisk and Belkin both want your money - but this time it's for good causes, justifying the bring purple and pink colours schemes. Both companies have launched products and pledged to donate a percentage of the price to charity.

SanDisk yesterday announced a 2GB Ultra II SD card and a 2GB Cruzer Micro USB Flash drive both affiliated with the US' Alzheimer's Association. You can buy them now for $45 and $40, respectively, from Best Buy stores in the US and, from October, at other North American retailers. 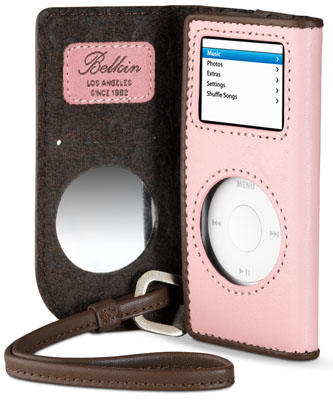 For each of the purple products that are sold, SanDisk will sent $1 to the charity, which not only funds research into Alzheimer's treatments but also provides care and counselling for victims of the illness and their families.

Belkin's favoured charity is the Susan G Komen for the Cure breast cancer organisation, which it's helping with a range of five rose-hued cases for the second-generation iPod Nano. All of the cases are priced at $25, from which Belkin will send the charity $2.50. It also pledged it would make a minimum donation of $225,000. 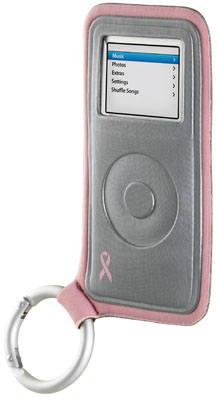 The range covers most case types: hard acrylic and metal ones, soft denim and leather folio versions, and a flexible neoprene case.

All five cases are available now from US retailers.

Susan G Komen for the Cure provides support for breast cancer sufferers and their carers, and funds research into curing the disease.