The largest ever catalogue of X-ray sources has been released by the team behind the XMM-Newton observatory. The newly released data-set contains more than a quarter of a million entries. 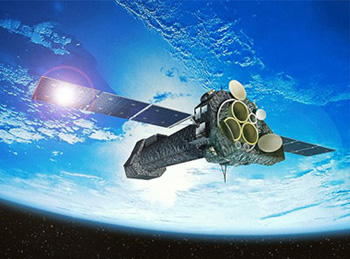 Professor Mike Watson, the XMM-Newton Survey Science principal investigator from the University of Leicester, explains: "The 2XMM catalogue is the largest compilation of X-ray-emitting objects ever made, containing nearly a quarter of a million entries. This has been possible because of the longevity of the XMM-Newton mission and the highly sensitive instruments onboard the satellite."

The observatory is a construction of 51 carefully mounted, nested mirrors, and is the most sensitive X-ray telescope ever built. The XMM Newton is named for its structure, (X-ray multi-mirror) and for scientific inspiration, Sir Isaac Newton.

Since its launch in 1999, it has made almost 3,500 observations with its Photon Imaging Camera (EPIC). The X-ray sources it detected during this survey of the sky (running from February 2000 to March 2007) are all in the new catalogue.

The XMM Newton has been involved in some seriously interesting and picturesque science. Just recently, it was used to identify distortions in space time, to identify the earliest recorded supernova, and to capture galactic scale fireballs rampaging through the galaxy.

Dr. Simon Rosen, Survey Science Centre (SSC) project manager, said: "The 2XMM catalogue is a major resource for studying the violent universe and will keep astrophysicists busy for many years. In fact, with XMM-Newton in good health and the mission expected to continue its scientific operations for many more years, we can look forward to another catalogue with half a million X-ray sources in a few year's time." ®