Ion mixes it up with second-gen USB turntables

Fresh from its first USB turntable, Ion has expanded its single-model set by adding two additional turntables into the mix, each offering new looks and improved feature sets. 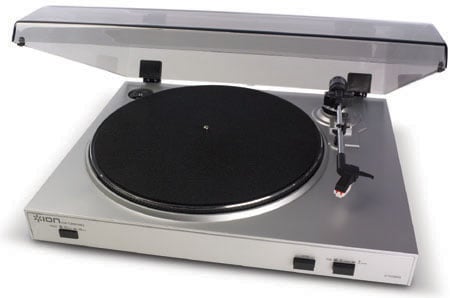 Both models are suitable for plug-and-play use and ship with the EZ Vinyl Converter software, which stores digitised tracks from vinyl directly into the iTunes-compatible AAC format, so you can listen to your old LPs on your new iPod while out and about.

The iTTUSB05 opts for a classic square body in place of its predecessor's more modern, curvacious appearance. According to Ion, the iTTUSB05 has been designed for those with traditional home stereo racks, perhaps looking for a way to play their LPs, while simultaneously digitising them. But each deck now features a hinged plastic cover to protect records and needles from dust, and are capable of several playback speeds, including 33rpm, 45rpm and - if you've got some really old records, 78rpm.

The Ion iTTUSB10 model has the additional benefit of an s-shaped tone-arm and tone-arm lift lever. It also allows the user to switch between phono and line output, thanks to a selection of audio ports.

Pre-amps have also been integrated into both models, which help detect the presence of weak signals and then strengthen them accordingly. 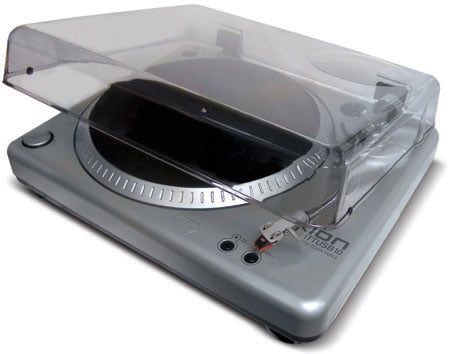 Each model is equipped with a selection of would-be DJ accessories, including a USB cable and a 7in-single spindle adaptor for different sized records.

UK.gov is hiring IT bods with skills in ... Windows Vista?!