Samsung's anticipated i620 Windows Mobile smartphone - a skinny slider phone with a drop-down BlackBerry-style QWERTY keypad - is to go on sale in the UK through Vodafone. 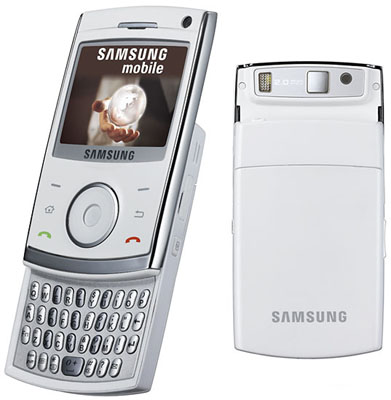 The Windows Mobile-based i620 will operate across the GSM/GPRS 900/1800/1900MHz frequencies, and is compatible with 3G. It supports HSDPA technology for faster downloads of up to 1.8Mbps. Wi-Fi connectivity is part of the package too, while pretty standard short-range connectivity features are also included, specifically Bluetooth - with wireless stereo - and a mini USB port.

There is no word on the phone's internal storage, although it does have a Micro SD card slot. It can also be used as a music/video player, with compatibility for a range of formats, including WMV, MP3 and MPEG 4.

Document viewers for Microsoft Word, Excel and PowerPoint, and PDFs are also pre-loaded on the handset.

The Samsung i620 will be available soon on Vodafone, though the carrier's not saying when exactly. It is expected to be priced at £40 (€59/$81) and up, depending on the airtime package selected.