Century, the Japanese IT peripherals manufacturer, which has already brought you such innovations as the 7in Wii clip-on screen, has unveiled its latest must-have gadget: the underwater MP3 player.

But before you start shouting: "This is nothing new, MP3 waterproof cases have been around for years," think again. This is an MP3 player designed primarily for use underwater. 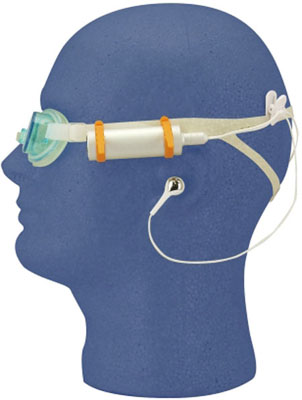 The aptly named Dolphin carries a 1GB of Flash song storage, ready for tracks encoded in the MP3 and WMA formats.

Dolphin is a tubular-shaped device - it's 6cm long and 2.1cm in diameter - that attaches onto the side of swimming goggles. At the end closest to your eyes are buttons for power/play, up and down, and a power-on LED. Detachable headphone cords emanate from the rear end which, via a clip, then attach onto the rear of your goggles.

This being America, they weren't too hard on most of them