Travelling to Japan with your ExpressCard-equipped notebook? Then you may care to sample the delights of the nation's bizarre - by Western standards - telly programming with local supplier Sanwa's new ExpressCard 34 digital TV tuners. 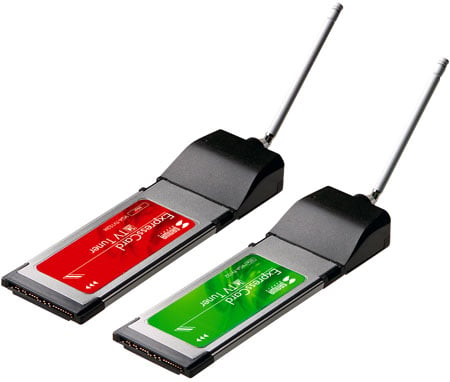 Sanwa today launched two cards, one for Windows machine, the other for Macs - respectively, the VGA-TV1S2 and the VGA-TV1S2M. The Windows version is green, the Mac model red.

Both models incorporate EPG (Electronic Programme Guide) software, but while the Windows version also comes with a DVR application, Mac users are denied this. The card comes with three types of micro-antenna, and there's an adaptor to allow you to connect the card to the F-type output from a roof-mounted aerial.

The real snag: the card's tuned to Japan's ISDB-T terrestrial digital TV standard, so it's of limited use outside the nation. Well, apart from Brazil, which has adopted ISDB-T as the basis for its digital TV transmissions.

If you can find an ExpressCard...

Can it really make money when Sony et al can't?