PC or not PC? Ten desktops on test

Which system is right for you? 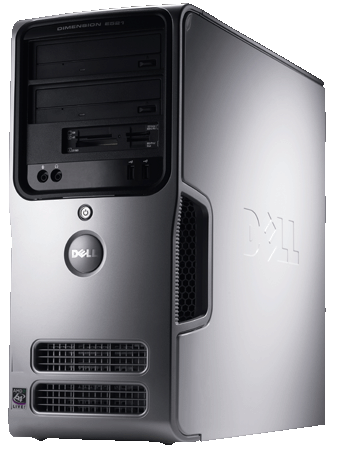 Dell’s Dimension C521 has been tailored to the home entertainment and 'general needs' market and combines decent all-round features with an accessible price point, complemented by a bundled 19in LCD monitor. Notably, the Dell is a good-looking and supremely well-proportioned system, sitting at only 11cm thin when side-standing and finished in an attractive, sculpted black and silver chassis. It shouldn’t look out of place in any home office or living room.

A general perusal of the specs list reveals the Dell’s capable but not overly ambitious aspirations. Powered by an AMD Athlon 64 6800+ CPU and an ATI Radeon X1300 GPU, and with 1GB of DDR 2 RAM, it’s located in the mid-range but is more than powerful enough to run the Windows Vista Home Premium it now sports. And even with modern software’s seemingly insatiable appetite for running high demand multimedia applications, the graphics chip will ably cater to it, and the system run as quietly as a mouse with its mouth taped up.

Hard drive options in the C521 stretch all the way to a massive 500GB. The more storage you want, the more it will cost, though hard drives are not as pricey as they once were. There’s also a DVD writer for further storage options that writes to all formats bar DVD-RAM.

On top of this comes 7.1 audio support, plenty of connectivity, that 19in display - which whilst nothing spectacular is perfectly respectable - and plenty of room to upgrade for the future. And all at a price that won't leave your wallet in serious need of resuscitation. 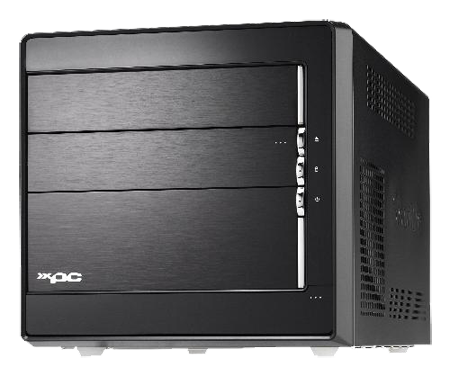 Granted, Shuttle’s 3700G may not be the cheapest small form-factor PC currently available - and probably doesn’t represent the best pound-to-gram ratio budget wise - but it is an unbelievably capable machine crammed into a tiny little box.

This is the very top spec model available from the Shuttle online system builder, as you can tell from the price, although opting for less memory, smaller hard drives and the like can significantly reduce the cost and hence the performance. The 3700G is a tiny system – half the size of your average desktop – and won’t take up too much room no matter where you put it.

Pre-installed is a proprietary motherboard based on an Intel 975X chipset and Core 2 Duo Extreme X6800 CPU, and packing 4GB of 667MHz DDR 2 SDRAM. Shuttle has also managed to somehow cram in a 400GB Samsung SATA hard drive and 14x dual-layer DVD writer. So there’s plenty of power and storage for numerous multimedia applications and storing your files, photos, music and movies. For gaming, graphics are looked after by the excellent Nvidia GeForce 7950 GX2 card - a dual-GPU board, it renders the Shuttle a very serious option for gamers as well as HD fans thanks to its HDCP compatibility.

Tooled up with Windows XP Professional Edition, and packed with so much high-end hardware, the 3700G is capable of performing absolutely any task you’re likely to throw at it, and will do so with the smallest footprint on your home thanks to that minimal, cubist exterior. 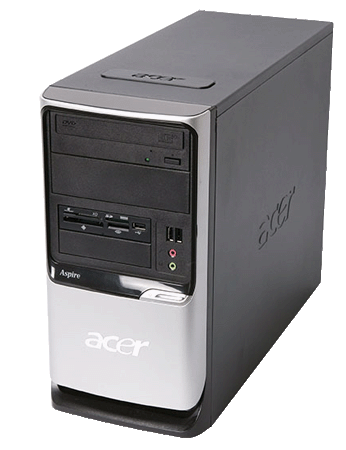 The Acer Aspire T671 is a system so cheap it requires a double take to check the price does indeed include the system’s none-too-shoddy specifications. Designed from the bottom up to marry user-friendly pricing with competitive applications, it is aimed at the generic user and runs Windows Vista Home Premium. It's a fair-looking system offering a cleanly designed black and silver look in a bulky but well built body. Inside sits an Intel Core 2 Duo processor on an ATI RS600 chipset and connected to up to 4GB of 533MHz DDR 2 memory.

Storage is taken care of thanks to the 160GB SATA hard drive - with space for another should that capacity prove insufficent, which it likely won’t should you engage in multimedia pursuits - and there’s also a dual-layer DVD burner - again with a bay for another).

The integrated ATI Radeon XPress 1250 graphics core is pretty paltry and won’t do serious gaming justice, but Acer has included a PCI Express 16x graphics expansion slot for an add-in, so you can always improve your gaming life at a later date.

The T671 comes without the usual bundled peripherals, so no monitor, printer, scanner et al.

Well-built, reliable and with plenty of room for upgrading and expansion, the Aspire T671 may not be the fastest or best spec’d machine available, but in its price point it’s a great option.