HTC's P3600 PDA phone has a secret: it's got a built-in GPS receiver. And thanks to a newly posted system software update, this previously hidden facility been activated. 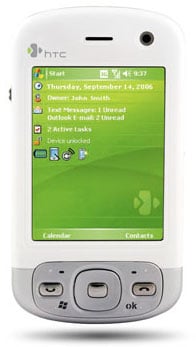 You'll need a navigation application to make the most of it, of course. To that end, HTC has also made available a copy of TomTom Navigator 6 and a single free city map that can be grabbed using the accompanying TomTom Home software.

In addition to turning on the P3600's GPS module, the firmware update also incorporates a series of tweaks and improvements to the handset's web browser and its Bluetooth sub-system. It also adds a streamed-media player, HTC said.

The OS update and the TomTom software are available from HTC's European website here.