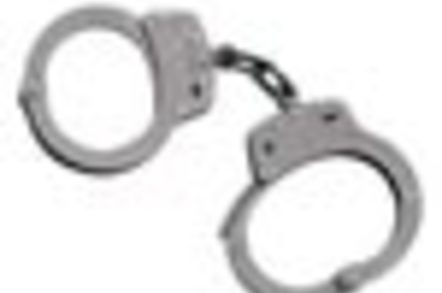 Interview The Metasploit Framework is a development platform for creating security tools and exploits. Federico Biancuzzi interviewed H D Moore to discuss what's new in release 3.0, the new license of the framework, plans for features and exploits development, and the links among the bad guys, Metasploit and the law.

Could you introduce yourself?

H D Moore: My (real) name is H D Moore, I am the founder of the Metasploit Project and work as the Director of Security Research for BreakingPoint Systems, a provider of network test equipment. I have been involved with computer security in some form since I was 12 and have worked in the network security area since 1998. I live in Austin, Texas, with Meg, my awesome and very understanding wife.

How did the Metasploit Project start?

H D Moore: I started the Metasploit Project in July of 2003 as a response to the "dying" exploit development community in the United States. At the time, "responsible disclosure" was in full swing and security researchers (and their employers) were worried about the legal consequences of releasing exploit code. Metasploit's goal was to provide detailed information and code for exploit developers, penetration testers, and researchers.

What will we find inside version 3.0?

H D Moore: Metasploit 3 is an over-engineered, incredibly extensible overhaul of the original framework. The framework has evolved from a simple exploit launcher to a powerful general-purpose security toolkit. For example, Metasploit 3 includes a set of "auxiliary" modules. These modules can do just about anything. We have auxiliary modules for reconnaissance, protocol fuzzing, denial of service, and vulnerability scanning. In the future, we plan on expanding these to include a wide range of penetration testing and research related utilities.

One of the major improvements in Metasploit 3 is the ability to execute multiple modules at the same time, using the same process and instance of the framework. This allows for multiple command shells to be obtained via a single exploit instance (browser exploits, broadcast-enabled, etc). This also allows for multiple users to share and work with the same sessions. This has been further extended, via the msfweb interface, to allow anyone on the network to use the framework in their web browser.

Most of the new framework code is platform agnostic - as long as you have a working Ruby interpreter, some amount of functionality will be available on your system. This is in contrast to Metasploit 2, which required a Cygwin environment to work on the Windows platform. I have successfully run version 3 on a Nokia 770 Internet Tablet, an OS X laptop, and Windows desktop, and of course my Gentoo linux development system.

Reading the primary goals of Metasploit 3.0 I see "support automated network discovery and event correlation through recon modules". Would you like to tell us more?

H D Moore: First and foremost, Metasploit 3.0 provides a stable platform for security tool development. This gives us a base to develop new attacks, automation methods, and discovery techniques.

A trend in the security community is to release a proof of concept tool as a standalone application. Often times, these tools are never updated and become obsolete. I see Metasploit 3 as a way to develop these tools and proof of concepts in a way that they can continue to be maintained and will be compatible with a wide range of operating systems.

An attack tool implemented as a Metasploit 3 module can take advantage of all of the existing APIs and protocols supported by the framework. Metasploit 3 modules can provided under whatever license the author desires, including commercial. We plan to leverage this to integrate dozens of useful utilities into the framework and allow third-parties to profit for their efforts.

We would like the ability to launch an automated assessment and attack against a target network. This is already implemented in a limited fashion via the db_autopwn command, but we still need external tools to provide the vulnerability and discovery information.

Our focus after the 3.0 release is to expand the reconnaissance module set and integrate new correlation tools and plugins. Once we cover the basics of a vulnerability assessment (port scan, service detection, vulnerability identification), we can expand into automated penetration testing.