CeBIT Linksys today gave tacit support to the notion that wireless networking has its limits by introducing a mains power networking adaptor based on the HomePlug AV standard. 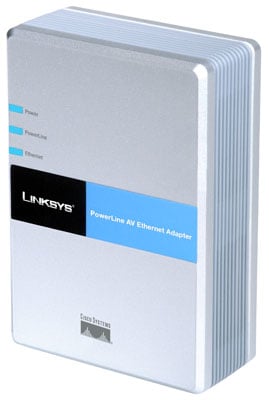 The adaptor, the PLE200 PowerLine AV, plugs into a power socket and quickly connects to other such devices forming a bridge between, say, a desktop computer in one room and an internet-connected router in another.

The HomePlug AV standard provides a raw maximum data rate of 200Mbps, though in practice the throughput is less than the 100Mbps Ethernet port built into each unit.

But that's no different from Wi-Fi, which delivers real-world data rates well below published maxima. Powerline is far less prone to interference - a growing problem, particularly in dense urban environments, where WLANs are increasingly invading each others' airspace.

Linksys said it would offer the PowerLine AV in packs of two. It didn't say how much the packs will cost, or when they will go on sale to consumers.