Does garlic ward off the common cold?

And can it cure diabetes? 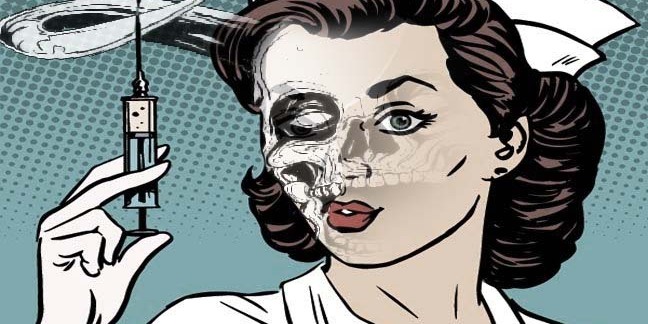 Does garlic ward off the common cold?

Historically, garlic (Allium sativum) has been used as a folk medicine for at least 4,000 years. Cloves of garlic were found by archeologists in the tombs of ancient Egyptian pharaohs. But we don't know what the garlic was used for, perhaps to cure a cold, perhaps not.

According to Dr Hans Wohlmuth of the School of Natural and Complementary Medicine at Southern Cross University in Australia, garlic has antibacterial properties that are well documented. These properties are primarily ascribed to the compound allicin. Allicin is the strongly smelling organosulphur-containing compound that is released when fresh garlic is chopped or chewed. But the cold is caused by a virus, not by bacteria. So the effectiveness of garlic in treating the common cold is perhaps best left to physicians rather than to an anthropologist.

Nevertheless, a 2001 study published in Advances in Therapy: The International Journal of Drug, Device and Diagnostic Research concluded that: "An allicin-containing supplement can prevent attack by the common cold virus."

The study was conducted by Dr P Josling of the Garlic Centre, in Battle, East Sussex, UK. There were 146 subjects in the study who took a garlic supplement or a placebo over a 12 week period. It was found that the garlic treatment provided effective protection against the common cold for many if not most of the subjects in the study. In addition, those who took garlic and still caught a cold usually had a significantly shorter duration of symptoms than those who did not take garlic.

Although published in 2001, the study has not been replicated. Even if the results are seen again, perhaps in a larger study and over a longer period of time, experts still have to determine the optimum dosage of garlic as a treatment for the common cold.

In one study, garlic has been shown to reduce diabetes symptoms when diabetes is artificially induced in the laboratory - in laboratory rats, that is. Based on their rodent results, Dr A Eidi and two colleagues from the Department of Biology, Science &and Research at the Islamic Azad University in Tehran, Iran write in the November 2006 Phytomedicine that: "It is concluded that the plant [garlic] must be considered as [an] excellent candidate for future studies on diabetes mellitus." Let us hope this rodent study is not Mickey Mouse.

Can garlic burn your skin?

One of garlic's little known effects is that it can cause contact dermatitis when applied to the skin. In fact, garlic "can cause a severe dermal reaction and a deep chemical burn", according to three doctors from the Department of Plastic Surgery at the Assaf Harofeh Medical Center in Zerifin, Israel.

Dr T Friedman and two colleagues report in the October 2006 issue of the International Journal of Dermatology on their study of patients at their hospital who were treated for "self-inflicted lower extremity burns" by applying garlic to their bodies. Why anyone would want to do this to themselves is quite another matter.

Why can't you smell someone else's garlic breath if you've been eating garlic too?

The powerful, pungent, organosulphorous allicin compound in garlic affects one's sense of smell when one eats garlic. Your sense of smell and sense of taste are somewhat overpowered. It is not just the smell of garlic on someone's breath that you cannot smell very well, actually it is everything you try to smell and taste. Some people remark that their own body odour is also affected.

Can eating parsley cause garlic breath?

Parsley (Petroselinum crispum) has long been valued as a folk medicine breath freshener due to its high concentration of chlorophyll. But eating parsley to cure garlic breath could only give temporary relief at best. The allicin in garlic is just too powerful.

Green cardamom (Amomum subulatum) in the ginger family has also been suggested as a possible garlic breath antidote. In the folk medicine tradition of India, cardamom is used to treat mouth, gum, and teeth problems. Cardamom has a strong and aromatic fragrance and it can remain in the mouth for a considerable period of time. But again, the allicin in garlic is just too powerful.

According to the Garlic Central website: "Unfortunately, there's no way of getting rid of the symptoms of garlic eating totally."

This surf-and-turf robot swims using ribbon-like fins. And it's floated for US Navy approval