Why are people so often in denial?

What you don't accept can't hurt you 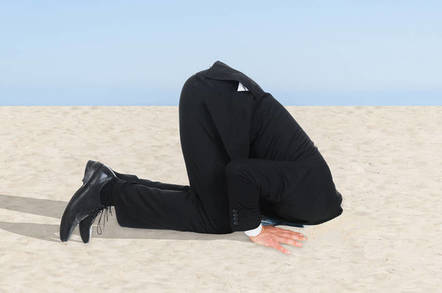 Why are people so often in denial?

In the psychological sense, denial is a defense mechanism in which a person, faced with a painful fact, rejects the reality of that fact. They will insist that the fact is not true despite what may be overwhelming and irrefutable evidence.

When a person is in denial, they engage in distractive or escapist strategies to reduce stress and help them cope. The effect upon psychological well-being in doing this is unclear.

The concept of denial was formulated by Sigmund Freud (1856-1939) and greatly elaborated upon by his daughter, Anna Freud (1895-1982), in the second volume (1936) of her eight volume Writings of Anna Freud. The concept has been around for many decades. Denial is an important factor in public health.

The American Heart Association cites denial as a principal reason why treatment for heart disease is often delayed. The same is true for cancer. Drs MS Vos and JC de Haes from the Department of Psychiatry at the Bronovo Hospital in The Hague, The Netherlands, recently point out that, based upon their study of cancer patients published in Psychooncology in July 2006, up to 47 per cent of patients deny the fact that they have been diagnosed with cancer, up to 70 per cent deny the impact of the diagnosis upon their lives, and up to 42 per cent deny that it has any effect upon their feelings.

They add: "From a psychoanalytical viewpoint, denial is a pathological, ineffective defense mechanism..On the other hand, according to the stress and coping model, denial can be seen as an adaptive strategy to protect against overwhelming events and feelings."

Therein is the appeal of denial to humans. Denial allows someone to keep going unchanged despite reality. Denial is the path of psychological and moral least resistance.

Five years after the 9/11 attack on New York and Washington DC, 40 per cent of New Yorkers are still to varying degrees "fearful", "traumatised" or otherwise "unable to face reality", according to NY public mental health experts. In such a psychological state, people are not at their reasoning best - easily confused, manipulated, and fooled.

While in denial about global warming, people don’t have to think about anything, inform themselves, change their consumption patterns, becoming actively involved in reforms, or alter their behaviour in any way. Politicians with transference denial can absolve themselves of any moral imperative to take the necessary policy initiatives that that scientists say are mandatory for our species to survive.