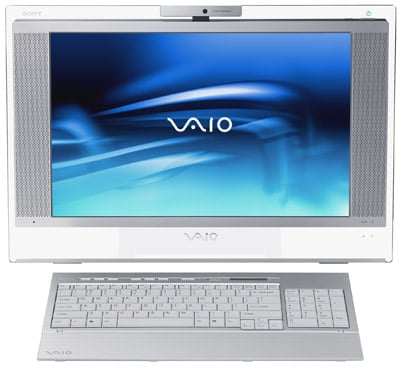 Sony today unveiled its latest PC-TV combo, a 19in all-in-one Windows XP Media Center Edition machine based on Intel's Core Duo mobile processor. The Vaio LS1's native display resolution comes in at 1,680 x 1,050, the memory is 2GB and the hard disk weighs in at 250GB. 802.11b/g Wi-Fi is built in alongside the US analogue TV tuner and integrated webcam. Sony's shipping DVR software, and the LS1 has a DVD writer for archiving recorded programmes. The unit - which looks rather better than past Sony all-in-one efforts is due to ship in the US mid-September for $2,100. ® 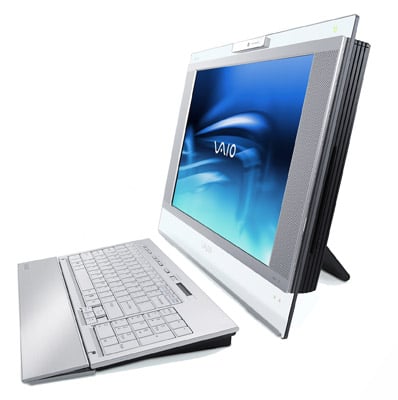