Pretty good going in a Peugeot 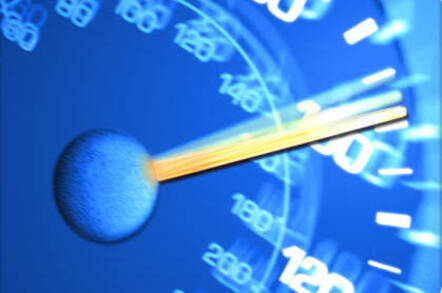 Since we Brits already hold the land speed record as a result of jet-powered Thrust SSC going supersonic in 1997, it seems only natural that we should attempt to be the first nation to break the sound barrier with a petrol-driven reciprocating-engined vehicle.

That at least appears to be what sales manager Peter O’Flynn was attempting when clocked at an impressive 406mph (653kmph) by a speed camera in Cheshire.
The achievement becomes even more admirable when we learn that Peter was at the time at the controls of a humble Peugeot 406, until now thought to have a top speed of 129mph.

Heroic Peter is modest about his tremendous effort, insisting: "I rarely speed and it’s safe to say I’ll contest this." Officials, however, say Mr O’Flynn still faces prosecution despite the obvious attack of insanity which afflicted it speed (sorry, safety) camera.

This superb piece of bureaucratic madness is just the latest chapter in the ongoing saga of the government's war against speeding motorists. We look forward with eager anticipation to police slapping the cuffs on the first OAP to reach hypersonic velocities in a battery-powered disabled buggy. ®