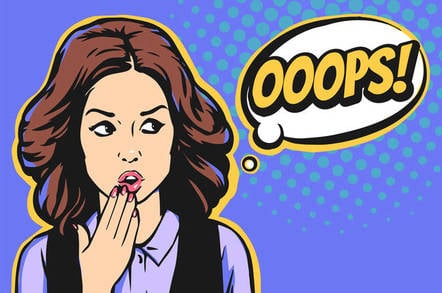 Osama bin Laden will doubtless be absolutely gutted to learn that any plan he may have had to destroy a US airliner using a life-size novelty mechanical farting terrier is doomed to failure.

It appears that the "wind-breaking mechanism registered as a high explosive on sensitive monitoring equipment", resulting in armed Feds swooping on Mr Rogerson.

Rogerson is reported as saying: "There's no humour at American check-ins and for about 20 minutes I was quite scared. They were very jumpy and convinced there was something explosive in the dog."

Happily, tests soon revealed that the malodorous mutt posed no threat to national security, and was returned to its owner. Mr Rogerson has now renamed the animal "Norfolk" in honour of the airport and its contribution to the War on Terror. ®

Further investigation suggests she may actually have a point

Flatulence takes the wind out of budget Dutch airline's wings

Bloke alleges boss 'thrust his bum' at him

All aboard the Hype Cycle! What's DataOps? Well, it has no standards or frameworks. Got it?