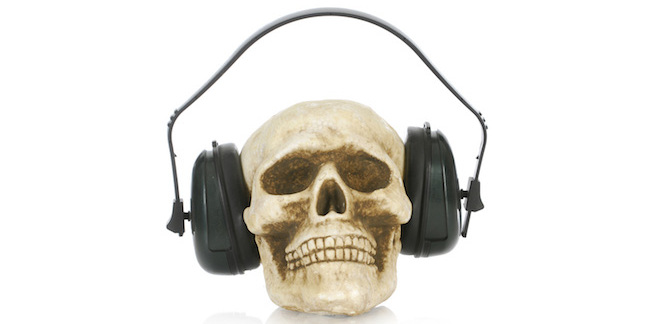 The Recording Industry Association of America's attack on US culture has escalated at an alarming pace this week.

On Friday the lobby group that works on behalf of the large, mostly foreign-owned, music conglomerates that own the music copyrights and distribution channels confirmed that it was serving subpoenas at the rate of 75 a day on US citizens for the crime of sharing the music they love.

This signals a change of tactics for the RIAA: as now each individual file sharer is potentially responsible for thousands of dollars in damages. Once they were shielded by ISPs, but in the wake of the Verizon case, individuals are now exposed to direct intimidation. The RIAA is beside itself with glee: and boasted that a thousand music-lovers had already been busted.

The escalation in violence threatens to bring the US criminal justice system to an impasse: although the prison industry is already full to the brim, the RIAA's actions make new criminals out of tens of millions of ordinary US citizens. As Boycott-RIAA's founder Bill Evans notes, "there are more file-sharers than voters for either candidate at the last Presidential Election".

When Evans dubs the 'Recording Incarceration Industry of America' he's only half-joking. If the RIAA was to be indulged in its whims, the statistics suggest that the USA would rapidly become a vast, continent-wide penal colony. And that's hardly a beacon of liberty to shine on the rest of the world. Particularly when, with the backing of the much-maligned US military, the RIAA is ripping up liberal social copyright laws and replacing them with its own.

Not surprisingly, this has provoked a deep counter-reaction which is finally, and belatedly, taking to the streets. On August 1 and 2, Boycott-RIAA and affiliated groups will be holding anti-RIAA rallies across the country.

Well, here's your alarm call. While it may seem to be invincible, the RIAA is desperately vulnerable: and it knows it. It's under threat of anti-competitive lawsuits, its key DC placemen are under fierce scrutiny ... and the mass criminalization of innocent US citizens is a most coercive step citizens have seen since the Prohibition era.

But can you compel your neighbor to give up lawnmowing, or weblogging, for long enough to make a real difference? Well, read them this attack on family values

I cannot accept that the "Land of the Free" is accepting the nonsense propounded by the RIAA.

This desire to fine and litigate is becoming pervasive and foolishly assumes that you can modify normal human behaviour with LAW.

Firstly - all art forms are like children in that the creative urge is similar to the urge to reproduce. If we accept this analogy then it follows that as you do not own your children for their entire life you cannot expect to own your art for it's entire life. In fact, if the rules currently in force where in place in the earlier part of the last century then many films could not have been made and much music could not have been produced. Music belongs to us all.

My great grandfather was born in 1870. He learned to build crystal radio sets to listen to the earliest radio broadcasts in the 1920's. He would invite the whole town of about 500 over to listen to them.

My grandfather was born in 1899. He purchased one of the earliest tape recorders to make copies of radio broadcasts for his friends in the late 1950s.

My dad was born in 1924. He had a collection of 78's that he passed around for many years until he died last year.

And now I am using the Internet to assemble an MP3 collection of all the tunes on all those LPs, cassette tapes and CD's that I've been buying since 1959.

I'll be damned in hell before I accept the notion that I and my ancestors who love to listen to the audio arts are in any sense guilty of anything that is illegal, wrong, evil, immoral or improper.

With so much at stake, I can't see how Americans can fail - except through apathy. But can you and your neighbor make a difference? ®