Why Microsoft makes a complete hash out of C#

English for Americans. An occasional series 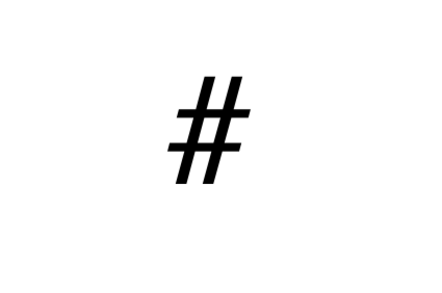 The # key on US keyboards is a minor irritation for the British - it's where '£', our pound sign, should be.

Furthermore, Americans mispronounce the # sign as pound, when everyone else knows it should be 'hash' (Alright everyone except BT, whose operators insist on calling it the 'square' key on the phone).

According to this jargon buster on Tuxedo.org (where Eric Raymond hangs out):

The U.S. usage derives from an old-fashioned commercial practice of using a # suffix to tag pound weights on bills of lading. The character is usually pronounced `hash' outside the U.S. There are more culture wars over the correct pronunciation of this character than any other, which has led to the ha ha only serious suggestion that it be pronounced `shibboleth' (see Judges 12:6 in an Old Testament or Tanakh).

And now Microsoft has appropriated the hash sign for its new software dev tool C#, supposedly pronounced C Sharp (as in the black key after C on the piano # denotes 'sharp'in musical notation) but which looks to many of us as C Hash. And to reader John Timaeus, a "reluctant MCSE" from Arkansas (we infer from his email addy), it looks even worse.

I have been a (reasonably) faithful reader of the Register for quite a while and frequently refer my students to you as a primary source for information in the field. However I have recently been highly offended by several articles produced or republished by your organization which improperly name the octothorpe a 'sharp'. A sharp is Unicode 0x1d129 while the octothorpe is 0x0023. Common names for an octothorpe include number sign (preferred), hash (most common in the UK), or pound (US standard usage).

Just because Microsloth decided to produce a language and be cute (just like that damned little clip thing!) by mispronouncing one of the top 100 symbols on the planet doesn't mean you have to comply like some sponge minion of the Great Satan. I have never heard "for more options press the sharp key now" out of an IVR. Pound, hash, number, yes; sharp, no.

Microsloth has a persistent habit of trying to delude the public by misnaming or mispronouncing their products. Examples include Office Assistant (formerly Office Annoyance), the Internet Acceleration Server Suite (actually the I Am Slow Stupid), and of course, the most commonly bought into lie: SQL should be pronounced Squeal. They even had the guts to call Windows ME an operating system. Gentlefolk, now is the time to quit buying into their self-created mythos.

I propose that from this point forward that The Register designate the MS product formerly known as C# as either C Pound or C Hash, dependent on the primary target audience. I think either would be much more descriptive.

Yes, but what the hell is an octothorpe? In this entertaining catalogue of neologisms, we find the following:

Definition: Octothorpe is one of a number of names used for the # symbol on telephones and keyboards. Also called "number sign", "hash mark" "sharp sign", "scratch" or "gate". In the USA only, it is referred to as the "pound sign" referring to weight, as in "a 6# bag of sprouts", but also sometimes referring to pounds sterling (because the "£" symbol did not often appear on USA typewriter keyboards).
British Telecom customer messages call it the "square". Commonly in UK telecoms engineering usage, it is called the "gate" symbol.

The official ANSI/CCITT name is "number sign". PostScript language calls it the "numbersign".

Derivation: Mark Israel in the ALT.USAGE.ENGLISH FAQ file writes:- ...in a failed attempt to avoid the naming problem by creating a new name, the term "octothorp(e)" (which MWCD10 dates 1971) was invented for "#", allegedly by Bell Labs engineers when touch-tone telephones were introduced in the mid-1960s. "Octo-" means eight, and "thorp" was an Old English word for _village_: apparently the sign was playfully construed as eight fields surrounding a village. Another story has it that a Bell Labs supervisor named Don MacPherson coined the word from the number of endpoints and from the surname of U.S. athlete James Francis Thorpe. Merriam-Webster Editorial Department told me: "All of the stories you record are known to us, but the evidence does not line up nicely behind any one of them."

Now back to the Ascii definition for #, as appearing in the Tuxedo.org jargon buster.

This declares that '#' and 'sharp' are more common than '#' and 'octothorpe'. We agree.

Mr Timaeus, your motion for us to rename Microsoft C Sharp as C Hash is denied. As a consolation, we may air C Hash from time to time on these pages. Our preference though is to dub Microsoft's C# as D Flat. It is, after all, the same musical note as C Sharp, as reader James Dennis points out.

However, this applies only to pianos and keyed wind instruments, which deal in "fixed intervals between notes, so they resolve both c sharp and d
flat to the same frequency, but anyone who has a little more control over their instrument - principally string players - will play d flat a little
higher than c sharp," says David Roy.