May the false declaration be with you

The Census Return of the Jedi 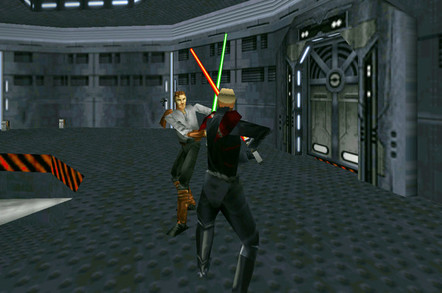 If you've ever harboured a secret desire to dress up in a brown robe and run around brandishing a light sabre - and claim the whole lot against tax as liturgical paraphernalia, now's you chance. On Sunday 29 April would-be Jedi Knights have a rare opportunity to achieve official recognition for their 'religion'.

The date marks a UK census, and Star Wars aficionados are clogging up the Net urging fellow fans to declare their religion as 'Jedi.' They claim that if 10,000 people sign up, the Government will be forced to recognise Jedi as a legitimate faith.

It all looks good on paper. However, it's not that simple. A spokesman for the Home Office confirmed that although the principle is sound, there's a bit more to setting up your own church than turning up with a box load of signatures. He would not elaborate on what extra measures might be required, noting that the formal recognition of the Jedi religion was "not something the Government wished to be drawn on".

A spokesman for the UK Census agreed with his Home Office colleague, scotching hopes of British skies filled with X-Wing fighters. "This is supposed to be a serious question," he sighed.

Neither have the Obi-wan Kenobi wannabes thought through the possible downsides to their plan. What happens if 10,000 Darth Vaders declare themselves for the 'Dark Side'? Would it be possible for the two churches to live together in harmony? No chance. It's only a matter of time before some unrepentent Luke Skywalker ends up tied to a stake on the village green with Darth Maul lighting a bunch of faggots under him.

If you still fancy signing up as a Jedi, the form should be dropping onto your doormat any day now. The government has some census details here. May the force be with you. ®

For the benefit of our US readers, in England, a 'faggot' is a bundle of sticks popularly used for burning witches and heretics, and not what you thought we meant.