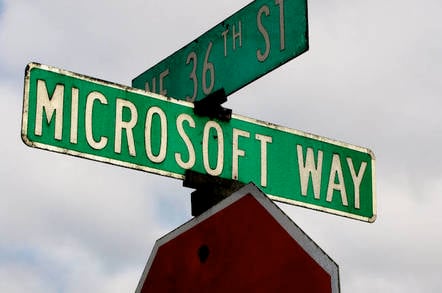 WinInfo's Paul Thurrott reports that Microsoft will reveal the final names of both Whistler and Office 10 by February 13, one day after Whistler Beta 2 is expected to be released. As you read earlier this week, Microsoft will most likely be using XP (eXPerienced) after both Whistler and Office 10. Its slogan: "Windows XP and Office XP: Are you experienced?" Personally, I think it's much better than having a number after the word "Windows", and thankfully we won't be hearing something like "Me", which confused half the world into thinking it was some possessed version of Windows.

Thurrott also mentioned that Whistler Beta 2 should be released on the day itself, or one day before - as reported here in the Windows Woundup. This Beta will apparently not incorporate Microsoft's new UI "Luna". Also in this beta is a feature which will let "users choose between the classic Start menu seen today in Windows 2000 and Windows Millennium Edition (Windows Me) and a new Start menu that collects commonly used tasks into a single, easy-to-access location."

"If someone upgrades their PC, and their computer configuration changes, will Whistler not work anymore?" I received about one billion e-mails concerning the new security feature Microsoft is implementing into Whistler, and to tell you the truth I really can't tell you what exactly Microsoft is trying to accomplish (which is why I sent out an e-mail to them). I mean, what if you format, have to reinstall Windows, have more than one computer and would like to install Whistler on all of them (editor's note: Naughty Luis, this is not legal) - what if, what if, what if? One reader put it in a way that makes sense: "You'll probably find that when Whistler is shipped to a large test base it'll have an automated system that, once you've entered your CD Key, connects to a MS server, calculates the activation key, and then logs that activation key against the CD key, thus ensuring only one activation key per CD is issued, and removing the need for MS to have hundreds of support staff answering calls." But will any Microsoft OS be able to handle the server load?

Here's the most obvious answer to the product key issue: person X bought Whistler for his computer and needs to buy separate licenses for each other computer he'd like to install it on. Although, if he/she shares that number with someone else and person Y tries to use it, it won't allow him/her; and there goes pirating. And of course, people will come out with pieces of software which will eliminate the files that activate the key. Another reader wrote in to tell me that two different groups have already tried to create cracks and/or patches for Whistler 2416, and there are a couple around for 2419 in the 'unofficial' channels. As I mentioned yesterday, one of them will replace the winnt32u.dll file in the /i386 directory, "but in addition to this, you also replace the setup.ini - which takes care of any future CD key requests - and the setupreg.hiv - which takes care of the time limit for the Whistler Beta."

I've yet to receive a response to an e-mail I sent to Microsoft earlier this week; I hope to have more information on the security issues, possible names, and the new UI in Whistler, before the big event - stay tuned.