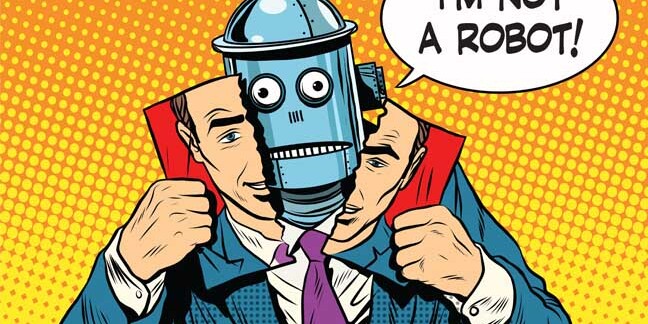 The cover of this month's Wired features "cybernetics pioneer" Kevin Warwick explaining how he is pushing the boundaries of science and humanity by turning himself into a cyborg -- part man, part machine. A small implant into his arm will allow a computer to decide its movements, paving the way for a future where humans and machines are inexorably linked.

An intriguing story, except that it is unproven, untenable and little more than the latest PR puff piece collected in an interesting academic career.

That Wired dedicated seven pages to this "breakthrough" is perhaps unsurprising, but it is also the first indication that what has been a peculiar UK disease for the past three years has finally crossed the Atlantic.

Professor Kevin Warwick of the Cybernetics Department at Reading University has become one of the best-known scientists operating in the UK. His exploits are frequently covered by the national media and he is never far from newspaper columns, championing his book on the future of mankind, In the Mind of the Machine.

It remains incredible then that none of his well-publicised experiments have achieved their goals and the extrapolated philosophy from such failures is still given credence by a usually cynical press. The academic community is up in arms.

"It's difficult to describe how frustrating it is in the field seeing this man being our spokesman," Richard Reeve of the Department of Artificial Intelligence at Edinburgh University told The Register. Buffoon, said Inman Harvey of the University of Sussex. Irresponsible, said Professor Alan Bundy of Edinburgh. Idiot, says Joanna Bryson of MIT. Unrealistic, said Professor Blay Whitby from Sussex. The list goes on.

So what has gone wrong? While academics are understandably anxious about a public slanging match, have journalists become so used to the great pace of technology that the fear of looking foolish has overriden the need to investigate astonishing claims?

Why, for example, did no one mention that a previous nine-day implant, far from sparking the advent of man-machines, was little more than a transmitter beneath a few millimetres of skin? And what is the possible connection between applying an electric current to nerves in the arm and telepathic communication? The questions continue but the answers are conspicuously absent.

The fact that CNN, the BBC and nearly all UK newspapers have reported Prof Warwick's dabblings as fact has even led to determined efforts to remove the cyborg guru from the British Association's list of competent spokespeople.

Prof. Whitby neatly sums up the situation: "For centuries before there was serious scientific and engineering progress in artificial flight, people tried strapping feathered wings to their arms and jumping off towers. The frequently fatal, always humiliating, results of such self-experimentation were not seen as serious progress. The scientific fields upon which Warwick pontificates are at such an early stage of development that we would do well to give more attention to the serious scientists than to the 'tower jumpers'."

I, Robot: those hi-tech experiments in full

Prof. Warwick inserted a 23mm chip in his left arm. This sent out a low-frequency signal picked up by detectors in his department. As the chip drew close to doors, they opened, when he walked into rooms, the lights came on. What's the difference between this and any other form of non-cutaneous location detector?

Another arm implant, this time in contact with nerves. Electric pulses will cause muscles to contract. Prof. Warwick claims this will help people with spinal injuries and eventually lead to telepathic communication by sending impulses from one person to another. Similar to trying to peel a banana with a sledgehammer.

An intelligent robot competition for volleyball between five universities slipped into farce when all entrants but the Reading University team, under Prof. Warwick, were given the wrong dimensions of the court. Despite this, Reading University came last.

Prof. Warwick created an "intelligent" composer to mix music together and create something on a par with human composers. A sound engineer isolated the machine-composed music immediately. Prof. Warwick argues in his book that machines are bound to like different music to human beings.

A robot was designed to run a half marathon in Bracknell, England. ROGERR was to run two metres behind Prof. Warwick following a signal from a transmitter on his back. ROGERR went about 20 yards, veered violently off, smashed into a kerb and put himself out of action. It seems the robot preferred the sun's infra-red rays to those in the transmitter.

One of many attempts to recreate the power and sensitivity of the human hand, Prof. Warwick's CybHand was embarrassed when a photographer took a picture of it dropping a china cup during a demonstration of the hand's capabilities. ®

Check out NTK.Net for this lovingly preserved example of a Prof Warwick/News of The World/Cyber Drug classic.