H-1B Visa flames of the week 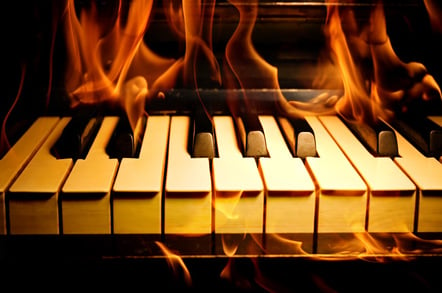 Your story "Silicon Valley techs play the race card" is good as far as it goes, but misses the crucial point, that H1 visas exploit the immigrants as well as other workers, and risk great long-term harm to this country in order to support the narrow short-term goals of employers.

The H1 system *must* be modified to provide guaranteed future access to permanent-visa status after a very short, say at most one year, stay.

First, let me say that immigration by technically skilled workers is a wonderful thing. Many of the best students in the CIS department where I study are immigrants, most of superb caliber. It's fair to say that this country imports the best graduate students from around the world.

Speaking personally, these individuals greatly improve the quality of our department, so that the level of competition becomes more bracing, and the quality of my education is much improved. Without such immigrants our graduate schools would be much impoverished.

I'm delighted to see such individuals stay in this country, and work in industry, and although I realize that such competition would necessarily depress wages in a stable-state economy, the current IT industry makes our economy anything but. I believe that the contributions of such individuals are much greater than any wages they might receive, and that they may be fairly credited with much of our industry's growth. Such immigration has consistently worked to improve this country's economic position, as a welcome bonus on top of the increase in cultural variety.

Of course some individuals will wish to return home and contribute to their own country's growth, which is also fine; such voluntary departures are perfectly natural.

Some immigrants are forced to leave by time-limited visas, after employment under sweat-shop conditions, and when they do leave, they are left with a very bitter memory indeed. Such inhumane treatment can only lead to long-term loss for this country; you can not build true growth on exploitation, as it harms the social fabric.

Since these temporary immigrants are at the mercy of the employer, who is after all responsible for getting them the H1 visa, their employment while they are here has many of the bad qualities of migrant labor, and conditions for other workers are unfairly depressed. I have worked briefly as a team leader in such a company, and it is disgusting to see how such immigrants are exploited.

Many people are harmed either directly or indirectly by this system of giving industry legally-supported slave-labor indenture contracts known as "visas", where the indentured workers are shipped home afterwards. Any economic system that consistently mistreats workers eventually has to come to terms with their discontent, unless they are disposed of. The H1 system allows industry to dispose of those workers who are not appropriately subservient, and is very destructive of human rights.

Modifying the H1 system to provide guaranteed future permanent-visa status after, say, a one year stay, would restrain the whip-hand that employers otherwise hold over the indentured workers.

No story on H1 limits is complete without considering this issue, that all too many of the immigrants are treated unfairly, and lack basic human rights due to their uncertain status.

I see no Confucians

I've read the report that the author (Annie Kermath) is allegedly referring to (at http://heather.cs.ucdavis.edu/itaa.real.html) and it struck me that what she says that Dr. Matloff says and what the article actually says are two different things.

The simplest proofs of this are to search the document for "Confucian" which she has as part of a quotation and to search for asian. The word "Confucian" does not appear anywhere in the document to the quote is being attributed to the wrong person or is an intentional fake.

[Annie breaks in: That's because you’re looking in the wrong place, sweetie...

Try here A Critical Look at Immigration's Role in the U.S. Computer Industry and in particular:

My reading of his paper indicated that she felt that Asians and Indians (from India, not Native Americans) computer professionals, of the same skill levels as were already available, were being brought into the US at lower wages than were being offered to US nationals and people with permanent residence status because they could not quit the job without risking being sent back overseas. This serves the industry in two ways, it give them a source of cheap labor that can't change jobs easily and it keeps the wages for those already resident in the US lower than the market would otherwise be.

It is very common here to see a company firing current employees (they call it a lay-off) and at the same time hiring new employees (instead of training the existing employees in the needed skills.) The most common pattern followed is that older employees, at higher salaries, leave and new employees, at low salaries, are hired to replace them.

The result in the US is that, a survey among Computer Science, Computer Engineering, and Information Science graduates find that (from memory) less than 20 per cent of them are still working in their field after 20 years. It is one of the lowest retention areas there is for professionals.

Thank you for your time,
Ron Skoog

Go Sell Drugs - You're not smart enough for computers

Your editorials on the H1-B are unfair. Your statements that the increase in guest workers will "hardly" hurt American wages is just plain wrong and defys the lessons of supply and demand taught in Economics 101.

There are many problems with H1-B visas. Why should America have "guest workers"? There are many "citizenship track" visas that go unused by wealthy American companies because they prefer workers who are at their mercy. The citizenship run-around is a subsidy for American lawyers. There is no reason for it. California, the hub of American high tech, has a higher population growth rate than Bangladesh (so I hear).

The real problem with American high tech growth is not labor shortages, but management vision. We need more qualified managers, not subservient programmers. The recent 1998 doublings of the H1-B quota is tied to high tech's bribes of congressmen. The concept of "guest worker" is un-American. Why not give them full rights? Why single out high tech? America needs good doctors, teachers, firemen, police.

What are we going to say to the inner-city American kid? "Go sell drugs, you're not smart enough for computers"? What about women in high-tech? Can't America train women for these jobs? What about older workers? Can't we retrain them?

I'm am truly saddened by your "playing the race card". Sure, you can find a xenophobe in America and play up their statements. By doing so you, you help the pro-wealth lackeys further divide Americans. Fundamentally, anti-unfair immigration IS NOT EQUAL to anti-immigrant.

Why don't you interview a 55 year old programmer that can't get a job interview or a young woman with a baby to care for who can't get a part time job in engineering.

Furthermore, there has been no national debate on immigration. Most Americans are FOR some immigration. They do not what massive immigration targeted at benefiting the already wealthy.

.... well, thanks. I hope you do some more research. This issues deserves more than "pro-management" propaganda as I've witnessed in your recent postings.

All emails reproduced unedited and in full.